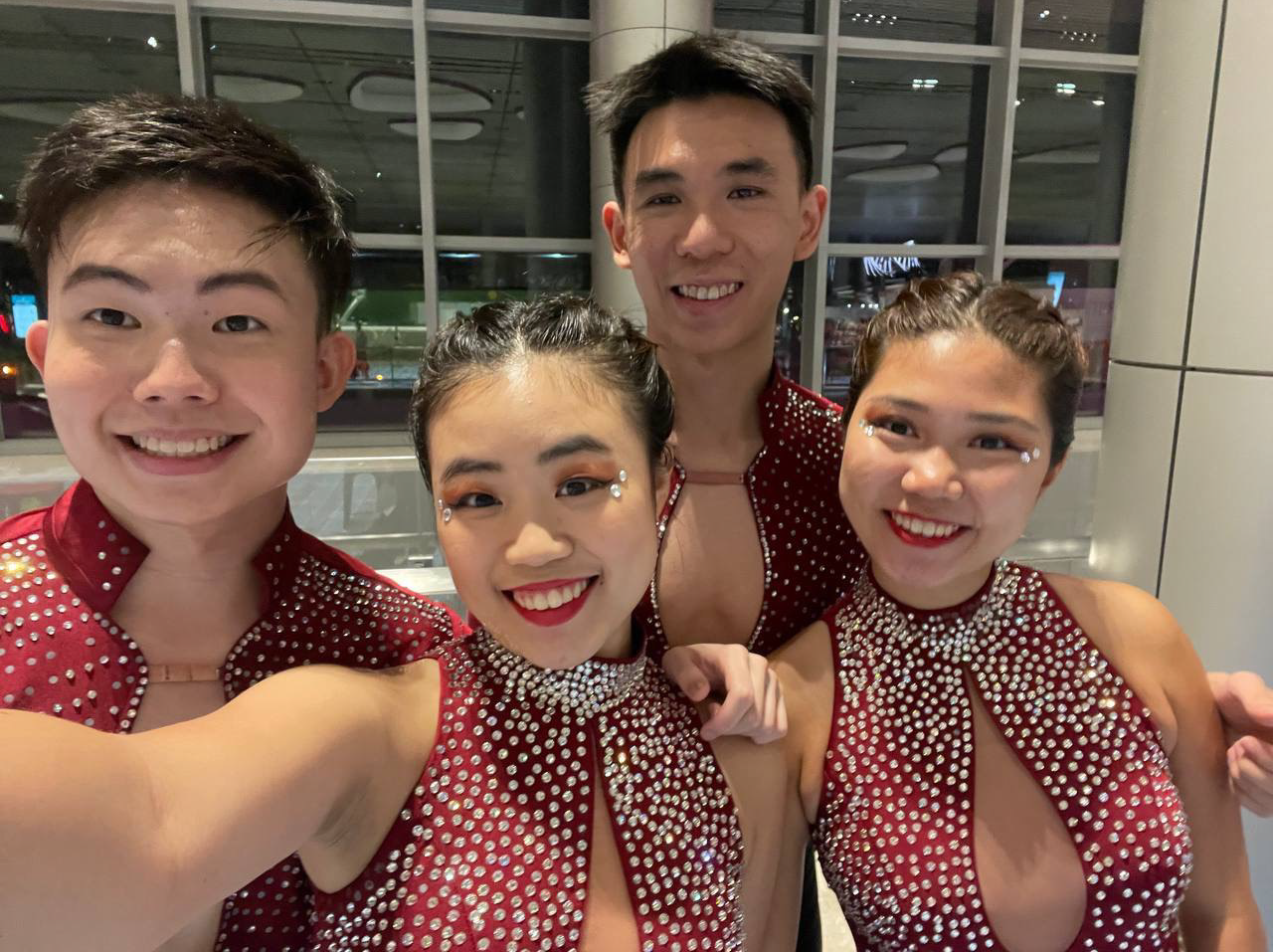 Performing live for the first time as part of We’ve Got Talent! 2022, 21-year-old law student, Emmalyn Tan shares the joys of salsa dancing with the nation.

An arts lover from the beginning, Emmalyn was actively involved in the drama and theatre scene whilst in junior college. However, it was only upon entering university that she pursued her love of dance in the form of salsa dancing.

“I’ve only been dancing a lot since starting uni. Before this, I was a drama and theatre person, so I was involved in a lot of acting. But once I reached university, I wanted to try something new and dance instead. That’s how I got into SMU Caderas Latinas, a salsa group in SMU. I thought it would be really interesting to be part of a CCA that not many people know about, and it sort of scared me less because everyone was at the same starting point.”

Getting to know Chingay

Prior to her participation in Chingay this year, Emmalyn had little familiarity with the event.

“Chingay wasn’t something that was on my family’s radar, though I knew that it existed.

I caught glimpses of it on TV when I was super young. I think it was a period when I was watching Rio, the movie with the birds, and thought that Chingay looked really similar to the [Rio de Janeiro] Carnival in Brazil. I was thinking it was so cool because Singapore has its own version. It is definitely different, but I guess as a child, the whole sense of vibrancy was very similar to what I was picturing.”

It was really through her involvement in We’ve Got Talent! (WGT) 2022 that Emmalyn came to realise how important it was in celebrating the melting-pot of culture that is Singapore.

“Participating in Chingay this year really opened my eyes to how multicultural this festival is. Even though it’s during the period of Chinese New Year, it still celebrates the racial diversity in Singapore, which I think is really interesting, because even though it’s a holiday for the Chinese race, all the races in Singapore are celebrated.”

The Art of the Dance

Ultimately, it was the salsa dancing and the thrill of performing live that brought Emmalyn to WGT 2022.

“The biggest reason [why I wanted to participate in this year’s WGT] was the opportunity to perform live again after all the COVID restrictions. We also wanted to bring more awareness and recognition to my CCA because we are a very niche group – salsa is a niche thing in Singapore.”

However, Emmalyn and her team of three other dancers did face some challenges when choreographing the dance.

“The first thing was listening to the song and trying to apply and create salsa moves to the song that they gave us, which interestingly was ‘Chan Mali Chan’. Definitely not a salsa song.

When performance day came around, Emmalyn recounts being filled with nerves at dancing in front of high-profile guests.

“It’s such a large-scale event, with guests of honour including high-profile individuals like the P     resident and the Prime Minister. It was also broadcast to the entire Singapore. I was really anxious to have my friends and family see me dancing because they haven’t really seen real footage of me dancing salsa before.

My friends and family were quite impressed, I would like to say. Some of my friends didn’t know I was performing that day, but they follow the Instagram page of our Prime Minister and saw me on his story and were so shocked. They screenshot it and sent it to me asking ‘Is that you?’ I was in all my sequins and makeup twirling. It was quite funny to see everyone’s reactions of shock.”

Emmalyn truly believes that Chingay is a place where young people can tell their stories, showcase their talent and national pride, and develop meaningful relationships with each other.

For Chingay’s future, she says “I really think that emphasising the whole street festival thing in Singapore would be really exciting; it has the potential to have the same impact as Carnival.

“I’ve noticed there are significantly more tertiary groups involved over the years. There’s been a lot of dance groups, a cheerleading group as well this year. I think involving the youth a lot more, that’s where I see Chingay heading towards and I think that’s a really good thing.”