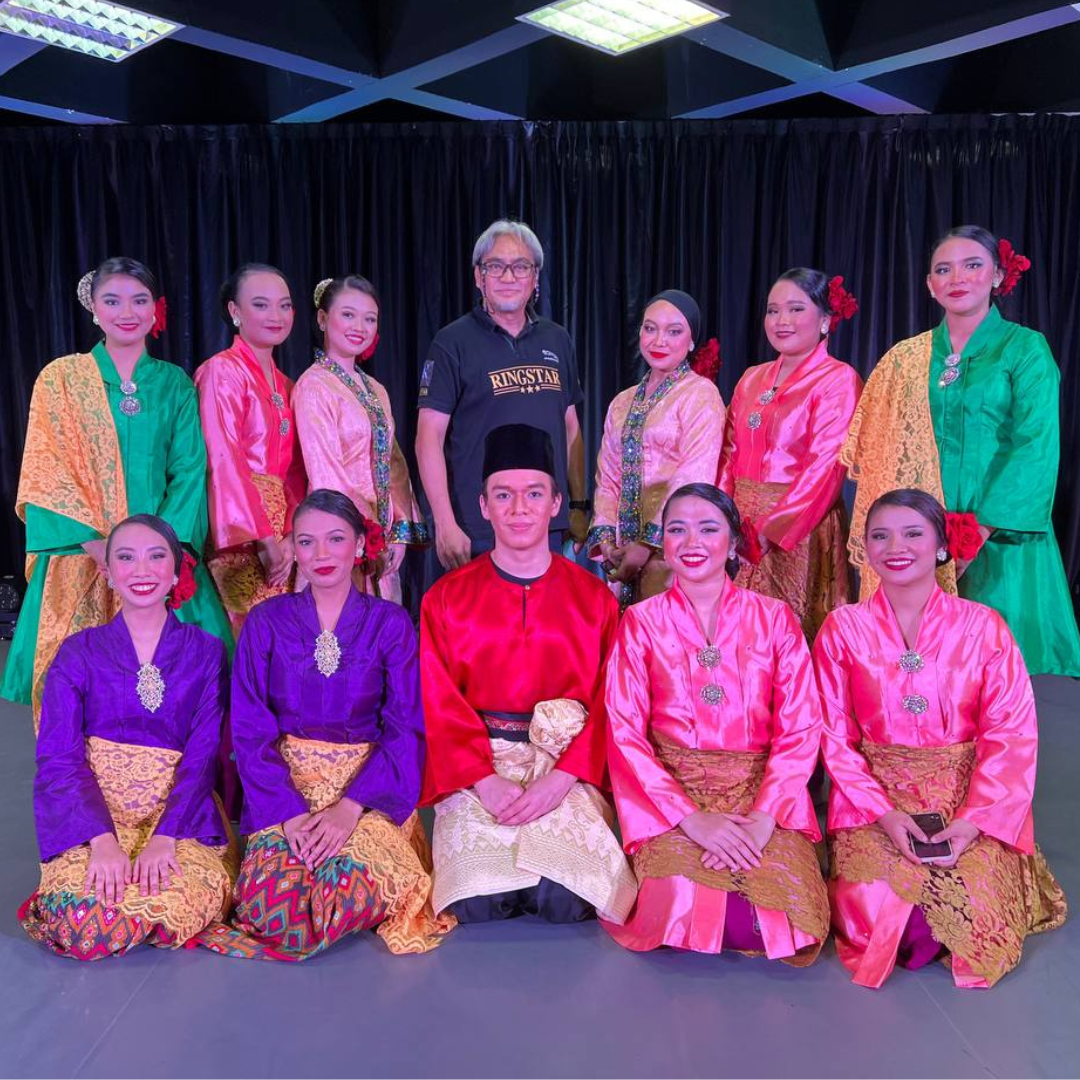 A sportsman from a very young age, Osman bin Abdul Hamid, 60, never thought that he would actually be drawn into the world of dance, Chingay and so much more.

As a student, Osman represented his school in basketball, volleyball, hockey, football, and field events. He never imagined dance would be his life.

The tides turned in 1978 when he was in Secondary 3 and started to get involved in Malay dance after school when he joined the People’s Association Cultural Troupe (PACT), now known as PA Talents. In PACT, his late dance teacher, Mr Nongchik Ghani, introduced him to Sriwana, a well-established Malay performing arts group.

Besides PA Talents Malay Dance, Osman is also artistic director and choreographer at National University of Singapore’s Ilsa Tari and Era Dance Theatre Ltd. The grandfather of four is a decorated dance veteran having been awarded the Young Artiste Award and Most Promising PACT member in 1994, Friends of the Ministry of Community, Youth and Sports in 2016, and the Bhaskereeyam Award - Bhasker Arts Academy 2021. Additionally, he was awarded the distinguished Public Service Medal in 2018 for his contributions to the National Arts Council.

“I participated in my first Chingay in 1978. We started preparing as early as 5.30am for the parade. It was so exciting because I got to meet other contingents. I made friends from different races and cultures.

Crowds lined the route. Because we could interact with them, I really enjoyed myself. “It was a people’s parade,” recalled Osman.

He choreographed his first Malay dance in 1981 at Sriwana. A decade later, he became chief choreographer and artistic director of PA Malay Dance Group.

Osman shared, “I feel that it is my responsibility to promote Malay arts and culture in this grandest parade in Asia, if not the world.”

From Neighbourhood to the World

Osman has witnessed Chingay’s evolution. He felt a different kind of energy when Chingay moved to Orchard Road which included performers from other countries, and subsequently to Singapore’s Civic District to bring the parade closer to the audiences at central locations.

Reminiscing, he said, “In our early years, we had small contingents of 30 to 60 people. In 2011, that number grew to 1,110 participants for a spectacular 11-minute performance at the F1 Pit Building that spanned 360 metres. We had not only dancers, but singers, musicians, and drummers of all ages. We also had the largest array of wedding costumes and the longest piece of batik on parade.”

For Osman, balancing the traditions of Malay Dance with creativity is always a challenge. It often concerns him whether the Malay community welcomes changes or continue to prefer the traditional dances. Through Chingay, he has had the opportunity to express his creativity and find new ways of presenting something ‘old’.

He said, “Observing how Malay communities lived in the past inspires me: celebrations, work, and play. These became the foundation for creating something new, yet steadfast in its roots. I do create some sense of fantasy to incorporate them into Chingay. I am truly motivated by this.”

One such memorable performance was in 2000, with the first parade at the Singapore Civic District. Based on the title ‘Forbidden Love’, Osman created a love story between a prince and a princess which crossed the realm of two different worlds.

“I had dancers abseil from above City Hall,” he said. “A group of six of them were demons from another world attempting to steal the princess. The princess was roped up three metres above the stage. All our performers trained hard to dance while abseiling. The result was magical.”

Hopes and Dreams of Chingay

Osman and his team have had many surprises in the past two years as a result of the pandemic. Unfazed, he takes the changes in stride. In fact, he is optimistic about Chingay’s future.

He says, “I look forward to a bigger Chingay that will be celebrated with Singaporeans in all constituencies in one mega parade!”