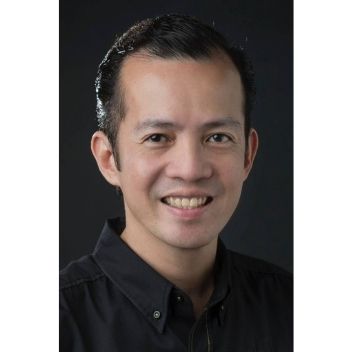 As an official photographer at Chingay, Liew Tong Leng, 52, has watched the parade from many enviable angles. The proximity has allowed him to tap into the vibrant energy of the parade and capture many exceptional Chingay moments.

Chingay parades are such spectacular events they often leave their spectators wowed. Imagine if one could watch the parade up close, being next to the performers and brightly decorated floats. For Liew Tong Leng, it’s a yearly affair, thanks to his “official photographer” pass for Chingay.

The 52-year-old has been capturing the magic of Chingay in pictures since 1995.

Tong Leng remembers watching many Chingay parades on television as a child, recalling that “It was such a Singapore thing!” In his 20s, having acquired a love for photography, he would watch the festivities on the streets, capturing the moments on his Nikon F301 – his very first camera which he purchased from a friend. His first winning shot, a consolation prize entry at a photo competition organised by the Jurong Bird Park, was also taken with this camera.

Before long, his great eye for the parade came into the view of an event official. Tong Leng was offered the opportunity to be official photographer for Chingay in 1995.

By then, the shutterbug had already chalked up photographic awards, both locally and internationally. To date, he has more than 200 awards to his name.

The Chingay experience has never been the same for Tong Leng since then. “With an official photographer pass, I am able to go nearer to the performers to capture photos with more interesting angles, not possible for spectators”, he explains. Other than the colours, movements and energy, Tong Leng loves to capture the moods and expressions of people’s faces.

Being an official photographer at Chingay is “intense”. Having to be very focused on his subjects amidst the whirlwind of fanfare, Tong Leng is always hunting for the precise moment to take the click with split-second dexterity. He feels spectators have the luxury of just enjoying the performances as they unfold.

Great Timing and A Bit Of Luck

If there is a subject that captivates Tong Leng more than others, it is the dragon dance. The expressive and energetic choreography presents great potential for dramatic and captivating shots. Hence, the dragon dance at Chingay is a must-see for him.

There are also added dimensions to the show experience. Tong Leng recalls a performance at the F1 Pit Stop in 2012 where dancers performed on a long pool of ankle-deep water. Literally a splashing performance, Tong Leng and his equipment ended up all wet. But he was beyond thrilled because the added challenge of dynamic water sprays and ever-changing lighting pushed Tong Leng to achieve some very powerful and expressive imagery of Chingay, as even he had never experienced before.

Tong Leng’s passion to capture winning shots is almost unstoppable and it will always keep him coming back to shoot at Chingay. What drives his passion is his personal motto: “My next shot will be my best”.

Tong Leng has grand visions of Chingay. He wants it to be a magnetic crowd-puller on the international events calendar for Singapore. He hopes Chingay will grow to attract the best of local as well as global talents, both as spectators and performers. He encourages organisers to continue to come up with variety and creative ideas to take the show to the next level.