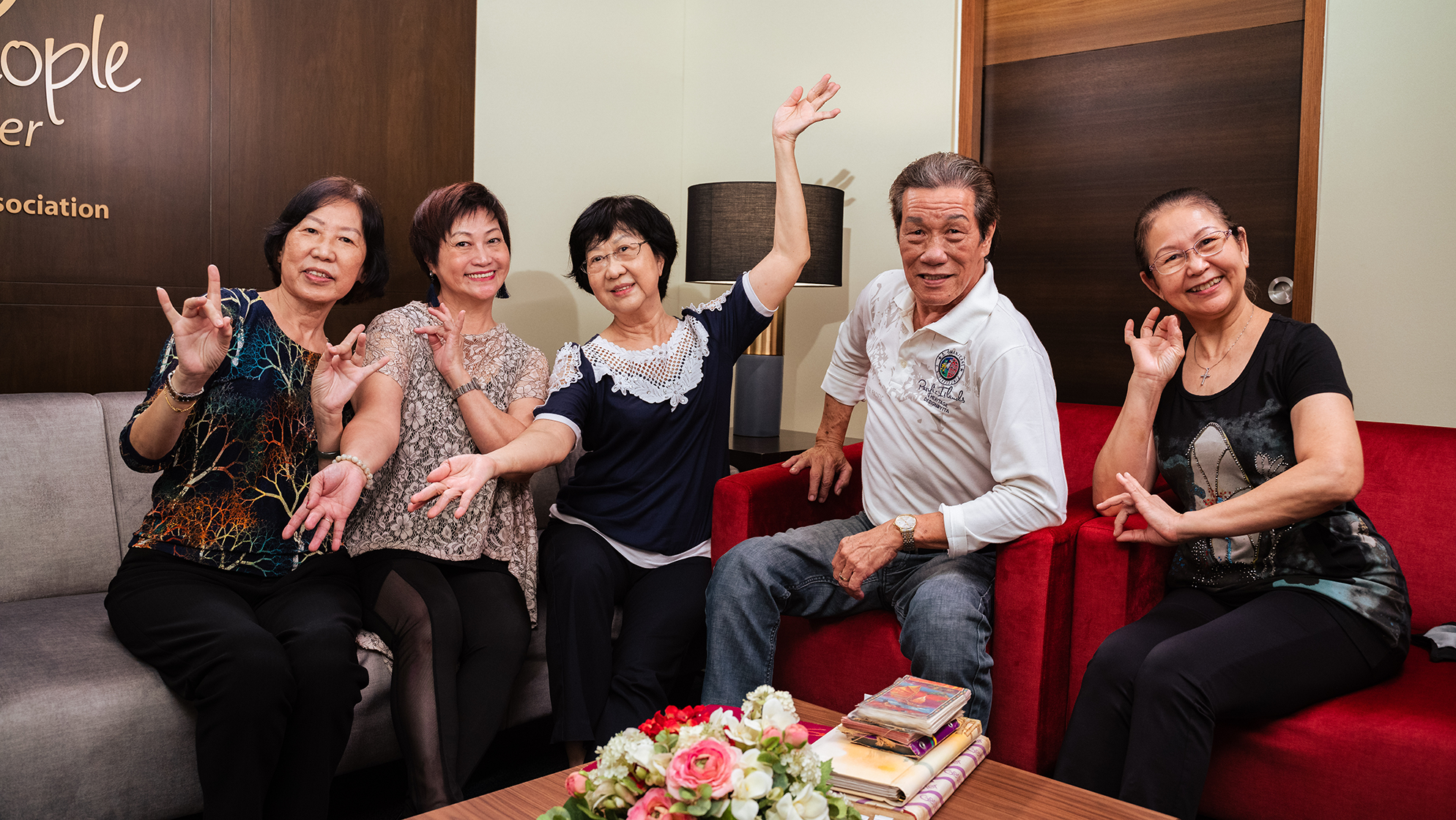 A performer from the very first Chingay back in 1973 recalls the novel experience and shared camaraderie with her fellow entertainers and yearns for the days of old.

The very first Chingay in Singapore was held in 1973. Timed around the Lunar New Year festive period, the boisterous parade featured 大头娃娃 (big-headed dolls), bearers of giant flags and stilt-walkers. That is the memory shared by Madam Ong Choon Mui, who along with her friends Lee Pang Luan, Liow Huang Chat, Mary Choo and Ng Siew Beng were the very original big-headed dolls themselves.

Today, the 69-year-old retiree recalls how she and her friends, a bunch of 20-somethings, took to their task with gusto, entertaining and interacting with the crowd in the streets on the second day of Chinese New Year.

“When we got the offer to perform during Chingay, we just rehearsed according to our roles”, shares Madam Ong. “It’s very exciting because it was our first time. Our trainers arranged practice three days a week, day to night. Tough, but we enjoyed the process.”

On parade day, all performers gathered at Jalan Besar Stadium on the morning. Madam Ong recalls, “People from all walks of life lined the streets with parents carrying their children.

“We walked and dance for about four hours. Sometimes, we distributed candies to the children. It was very crowded and the more we walked, the hotter it got in our performance attire.

“By the time we got home, it was already very late. We walked from PA Headquarters to “nan qiao bei” to Outram Park. Our costumes were big and heavy but when we saw the audience enjoying themselves, it was all worthwhile.”

For Mr Liao, his performance involved riding a bicycle.

“We swapped riders in between so that none of us would become completely exhausted given the heat of the day”, he explains. “There were about six or seven male performers assigned to ride the bicycles, though once you had the mascot head on, it was impossible to tell if it was a male or female performer underneath!”

In later years, Madam Ong also took part in the peacock dance as well as a “Lao Bei Shao” performance performing in 1978 and then again in 2017, when she was invited by People’s Association.

For Madam Ong, the changes have been tremendous. Chingay today is like an international carnival!” she exclaims. “In 1973, we performed along the streets with the audience standing at the sides. In recent years, I watched the performance at the F1 Pit Building, and the props were very high-class.

“Previously held during the day, Chingay is now at night and there’s a lot more electronic elements involved. I still prefer the atmosphere of the performances back in the day because there was more direct interaction between performers and audience”, she adds.

Friendship Across The Ages

For Madam Ong and her friends, this is a friendship that has endured. “Our friendship was already quite tight when we were young, and performing together several times has only strengthened it. We still gathered yearly and we look forward to our next gathering after the Covid-19 situation is under control.”

Madam Ong and her teammates hope that Chingay will continue to help build strong cross-cultural relations. She also hopes to see Chingay returning to its traditional roots to showcase and share more of the spirit of traditional Chinese culture and a Chinese New Year atmosphere.