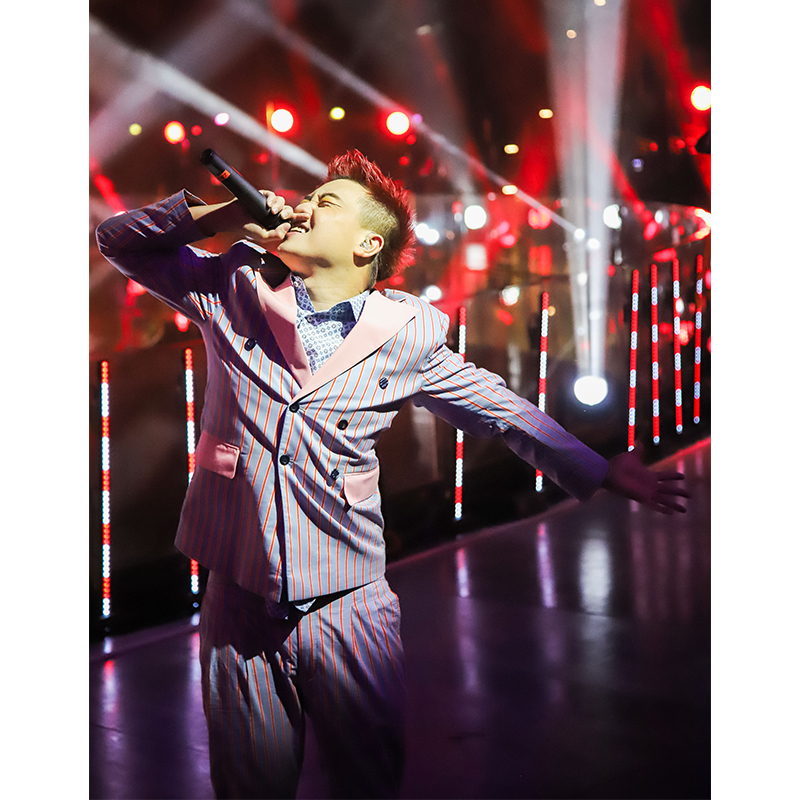 Marrying hip hop music to the tunes of a traditional folk song was Zadon Lim’s tribute to celebrate 50 years of Chingay – a street parade he had watched since young and was so enthralled that he had imagined himself being part of the event. His childhood dream finally came true decades later at Jewel Changi Airport.

Zadon Lim, 30, a music artist, producer and business owner still has fond memories of watching big head dolls, dragon dance and men walking on stilts parade down the streets at Chingay as a young boy. In fact, young Zadon was so enthralled by the parade that he had always imagined himself being part of the show.

Little did Zadon expect that his secret childhood dream, stirred by the colours and gaiety of the street parade, would actually come true decades later. The music director for Chingay, Ting Si Hao, approached him to participate in Chingay50. Naturally, Zadon was beyond thrilled! And the fact that it was a milestone event made it particularly poignant for Zadon too.

Zadon teamed with Si Hao and music co-arranger, Jason Glechen, to set the stage for the show which commemorates 50 years of Chingay. Both had the idea of giving a modern twist to a traditional folk song. Zadon was sold on the idea too. The trio agreed that a popular folk song that has stood the test of time through the generations would be particularly meaningful. It would be familiar and relatable to the audience, whether young or old.

Finally, the Chinese folk song, Feng Yang Hua Gu (凤阳花鼓), was selected for its evergreen appeal. It was left to Zadon now to write the lyrics for the song, using rap to relate the story of Chingay through the decades and most of all, to celebrate Chingay.

Cracking Up The Festive Mood

Zadon’s dive into the history of Chingay revealed interesting nuggets. He found out that the idea of a street parade was first mooted by our founding Prime Minister, Mr Lee Kuan Yew in 1972 when firecrackers were banned in Singapore. That took away a significant amount of festivities from our Chinese New Year celebrations. To create a joyous mood to the festive occasion, the People’s Association organised the first Chingay parade in 1973, involving about 2,000 people. Although Chingay was initially conceptualised as a Chinese cultural event, it has since evolved to become a multicultural show which celebrates Singapore’s rich cultural diversity and heritage yet uniting us all as one.

Zadon’s performance was lively and poignant. The traditional folk song seemed to have gathered all the nostalgic moments of Chingay through the ages, right at Jewel Changi Airport that evening. By giving the music a modern twist through rap, all the revelry and gaiety of past Chingay parades were effectively gathered and brought into the present too.

For Zadon, he was also personally delighted he could bring hip hop, a music genre which he fell in love with during his teenage years, to Chingay, an iconic Singaporean event. Zadon shared that hip hop appeals to him because “it allows you to be yourself”. Sharing in Zadon’s joy and watching him perform that night were his proud parents.

His participation also gave him a unique, insider view of the event and left him awed at the scale of the preparations involved. “I am amazed and inspired at the amount of work and talent involved to put the entire show together”, Zadon gushed.

Zadon’s dream is to see Chingay grow to become an international event in the future. Having seen how Chingay evolved from a cultural event basically to become a slick and polished show that it is today, “I am confident that we have what it takes to bring Chingay to the next level, which is, to an international stage”, he enthused.